Michael Huemer is a Professor of Philosophy at the University of Colorado at Boulder and is the author of the book The Problem of Political Authority: An Examination of the Right to Coerce and the Duty to Obey. The following is the response he sent me addressing the question I asked him in a previous email: How Bad Would Anarchy Have to Be to Justify Unjust Government Activity?

Your question is an instance of the broader question: “How large must the benefits be to justify a rights violation?” (For instance, for what number n is it permissible to kill one innocent person to save n innocent lives?) One extreme answer is “Rights violations are never justified,” but for various reasons, I think this answer [is] indefensible. Another extreme answer is consequentialism, “Rights violations are justified whenever the benefits exceed the harms” – which is really equivalent to saying there are no such things as rights. This is not indefensible, but it is very counter-intuitive. So we’re left with a seemingly arbitrary line somewhere in the middle. Obviously, no one knows precisely where the line is. Fortunately, we also don’t need to answer that question to choose a political philosophy. 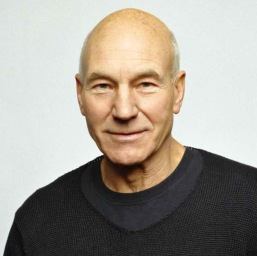 Analogously, you don’t need to answer “exactly how many hairs must a person have on their head in order to not count as ‘bald’?”, in order to say whether Patrick Stewart is bald, because Patrick Stewart is nowhere near the borderline; he’s deep into “bald” territory. If you have a 2000-pound pile of sand in your back yard, you don’t need to answer “exactly how many grains of sand make a heap?” in order to know that you have a heap in your back yard.

Now, I did not discuss roads or schools in my book, as you (and another reviewer) mentioned. That is because the book was already at the word limit, there are about two dozen other things that someone thinks I should have put in, and they couldn’t all go in. (For example, should I have deleted the chapter on national defense, so I could talk about roads?). However, there’s really no reason to think that roads or schools in the anarchist society would be worse than in a governmental society.

The argument from schools strikes me as particularly lame. I think it’s mainly professional educators, who are worried about losing their huge government subsidies, who are worried about this. If you learn that your next door neighbor isn’t sending his kids to school, would you be justified in kidnapping the kids to force them to go to a school run by you?

This is the third of three related blog posts featuring discussion between Prof. Mike Huemer and I. All three posts deal with the question of when it is moral to support or commit aggression:

(2) How Bad Would Anarchy Have to be to Justify Unjust Government Activity?

(3) Mike Huemer: “We’re nowhere close to the case where government would be justified.”

“A consistent peace activist must be an anarchist.” – Roderick T. Long

26 thoughts on “Mike Huemer: “We’re nowhere close to the case where government would be justified.””